[Pictures and idea from this site.]

To get a good mental concept of 1 Trillion Dollars, let's start with 1 Hundred Dollars.

Now if we stack up 100 of those bills, we get Ten Thousand Dollars.

Not a bad sum of money, but lets get stack of those going and make our way up to One Million dollars. 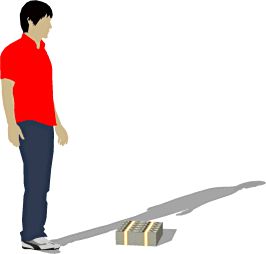 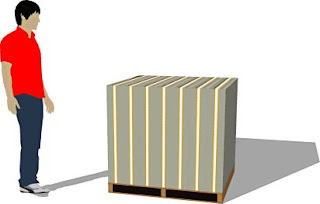 But now I want to go ahead and jump up to One Billion dollars... are you ready for it?

That isn't anything though, compared with our national debt.  We are now up in the trillions... would you like to see what One Trillion Dollars looks like?