From the Desiring God Blog:

Marriage. The roots are deep. The covenant is solid. The love is sweet. Life is hard. And God is good.

The quote is a rewrite of what Pastor John wrote in 2003 to Noël in the preface to his book Desiring God.

But when the quote appeared on Twitter in 2011, a woman named Patty Hurtarte copied it into her journal with no immediate purpose for it. But almost two years later she returned to the quote, used her artistic skill to turn it into a design, framed it and gifted her illustration to her pastor and his wife, Joshua and Shannon Harris.

I found these words felt especially profound after my Ordination Ceremony this weekend.  My wife has been with me every step of the way.  She makes everything special.

Here is that design: 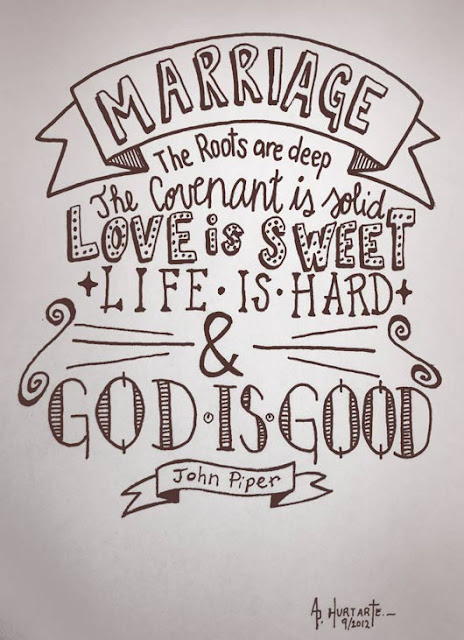