In October 1989, sometime near Halloween, there was a Ghost Rally hosted by the Lynch Fire Dept. I borrowed my dad's Chevy S-10 pickup, called a friend to see if they wanted to go, and then... called a girl.

Her name was Charity. I had had a crush on this girl for quite a while, but she was definitely "out of my league," if you know what I mean. It was a long shot, and I figured that at Ghost Rally would be casual enough that I could get a "yes" from this girl, even if she didn't actually like-like me.

I was eventually engaged to this girl (more than once). We were eventually married. And even though Halloween can be controversial (I guess) to some Christians, it has been redeemed for me. Twenty Five Halloweens later, we are still together and we are still getting ready to go on a Ghost Rally. I love her more now than I ever have, and I am fairly certain that asking her to that Ghost Rally was one of the best decisions that I have ever made. 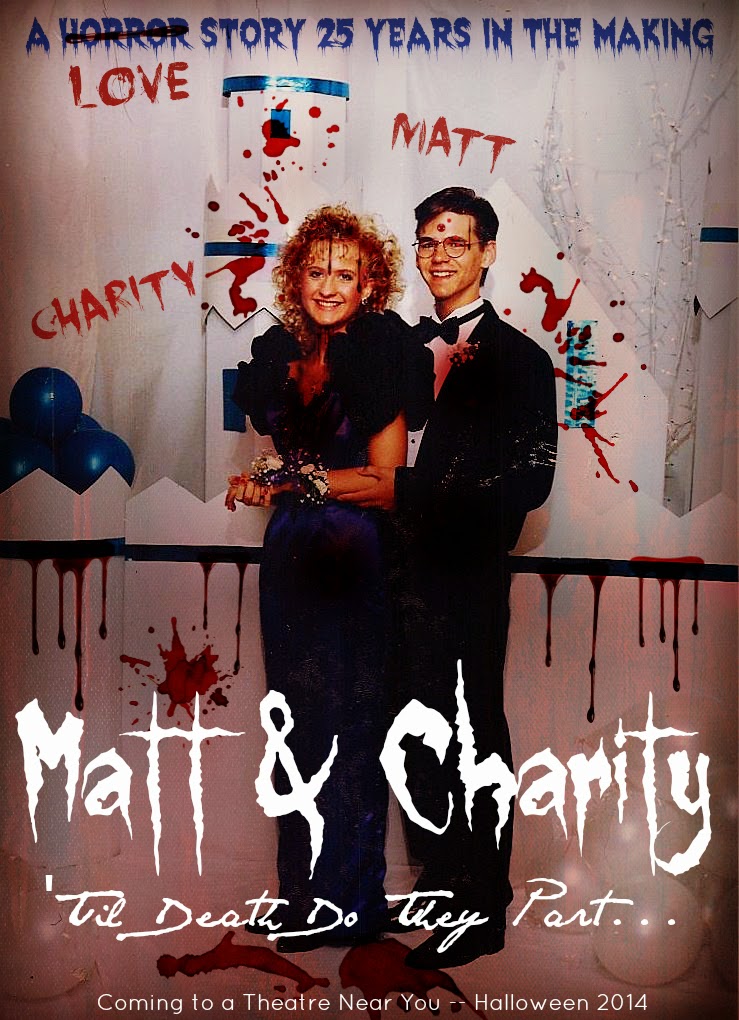 For the last several years I have doctored up an old photo into a Halloween-themed image. Here is this year's rendition to celebrate 25 years.